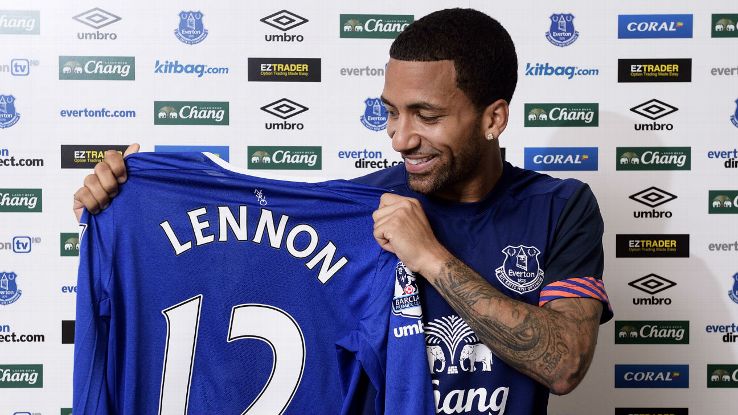 While not many sides have bided for the Three Lions forward, his potential availability might remind clubs that they have an option in him. Struggling Premier League sides and even Championship sides could ask for the 29-year old player.

Yannick Bolasie was ruled out for the rest of the season – despite the heavy transfer fee – yet Lennon is not likely to get called into action. He has featured 12 times all season, starting just eight. He netted once and created another but this would not be enough to keep him with the Toffees for the rest of the term.

However, with Bolasie’s long term injury, if in-form striker Romelu Lukaku gets injured, Enner Valencia might be forced upfront, leaving the team in need of a wide player. Whilst many are comfortable with Koeman cutting the deadweight at the club, the team has to look out for any potential factor that might affect them as well.

Lennon is a decent option if the team wants to play wide, so Koeman has to consider all scenarios well. On the other hand, Newcastle United remain confident of returning to the top flight division at the end of this term. They could loan Lennon for the rest of the campaign, as it seems they could really do with one.